There is not a single Punjabi who doesn’t know about the radio show Gaunda Punjab and its host Joginder Bassi. Though the show is based in and operates in Canada, it is one of the most famous radio shows in Punjab. It has been a source of great entertainment for the audience but at the same time, has also been one of the most controversial one.

Another day has brought yet another controversy for Gaunda Punjab and this time, it is probably more serious this time. If one goes to the official Youtube channel of the show, ‘Bassi Toronto Show’, there are only 4 recent videos present. All the previous videos have been taken down by the channel and are not available for the users to view.

Though there is no clarity as to why the videos have been taken down, rumours are that it is in response to a cyber-bullying complaint filed by a director, writer and journalist, Amrik Pable, against the show. There is no confirmation regarding the reason but it is rumoured that the complaint to Youtube mentions cyberbullying and blackmailing the community as the reason.

Gaunda Punjab and Joginder Bassi have had a history of controversies related to cyberbullying. Though there isn’t a big history of legal actions against the show, it has been a centre of public criticism. The show has been bashed by the public on various occasions for bullying international students, making wrong allegations against celebrities and students and many more.

Gaunda Punjab is one of the most popular shows in Punjab and Canada. If the rumours regarding the cyberbullying complaint are true, we are probably going to see a lot changing at the show. Many of its videos have already been taken down, we can probably see the theme of the show being changed and it having a lighter approach towards issues. We can only wait for the actual truth to come out as soon as possible. 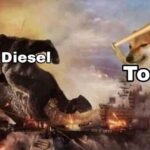 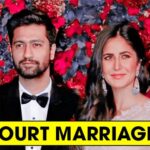