Jordan Sandhu is one such artist who has earned a good fan following love with his amazing songs like Teeje Week, Jattiye Ni, Do Vaari Jatt, and more. He uses every opportunity and chance to entertain his fans. And because Punjabi Music Industry currently has been hit with a major album and EP wave, Jordan too has made up his mind to join the league.

Yes, if you are a fan of Jordan Sandhu, this news will make you smile the brightest. The artist has recently announced his upcoming and first-ever EP. Taking it to his Instagram account, the singer shared the official poster of his EP. He has named the project ‘FAME’ which we think is very impressive.

And the best thing about the same is the details revealed in its poster and the announcement post. The EP Fame will include a total of five songs and will be released on 30 May.

Jordan has collaborated with Rav Hanjra, Mandeep Maavi, Kahlon and Kabal Saroopwali who have penned the lyrics for different songs of the EP. The project will also feature music producers Snappy Beats, Mxrci Beats, and Jashan Inder.

The comment section under Jordan’s EP Announcement post is filled with fans’ exciting comments. We are also super excited because we have always loved his songs. And now, when Jordan is finally landing in the EP world, we wish him luck and are eagerly waiting to see him shine in the music charts. 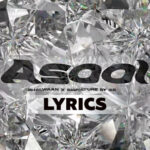 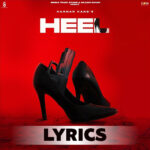