Juggy D is a renowned punjabi singer who has earned huge respect and love from the audience. But it looks like he has landed in some serious troubles recently. It was noticed that the recent posts updated from his Instagram account were not decent at all.

His posts declared his involvement in escort services and drugs. This news was as surprising for us as it is for you.

Juggy D’s  first post shows a conversation with someone about the escort and it had a caption ‘I take drugs and hire escorts all the time in delhi and mumbai. Report me to #ncp delhi police.”

While the third one is the most shocking to the fans of Guru. Because the post allegedly showed the conversation between Guru & Juggy D. In this, Guru texted ‘Paji i am with someone in my room I will see you when I am done.”

The fans are making various comments on this matter, and the news has gone viral too.

It’s been guessed that his wife has caught him and shared the posts from his account.

As per reports, we have got to know Juggy D was also arrested recently accused in a case of domestic violence filed by his wife. It’s also been said that his wife has decided to get separate from him after 11 years of marriage.

It’s such an irony that two days back, Juggy shared a beautiful post on his Instagram account to celebrate his 11th anniversary. In the caption, he not only wished his wife, but also appreciated her for being an amazing human being, wife, mother and friend.

But talking about the current controversy, Juggy has got into, he has shared an Instagram story after deleting his posts. The story says, “@gururandhawa and @navjotsingh123 are not involved in this part of my personal life.

They are both honourable people and I want to make clear they have no involvement In my wrong doings!’

No other comment or declaration has been out about this matter yet, hence nothing more can be said about this. 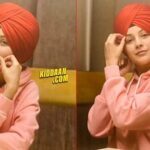