Upcoming telugu movie RRR is the most awaited movie starring junior N.T. Rama Rao and Ram Charan in the lead roles. Apart from them, this film will feature Alia Bhatt, Ajay Devgn, Olivia Morris, Ray Stevenson and others in supporting roles too.

The release date of this film is finally announced, as this film will hit the theatres on 13th October 2021.

“This October 13, witness Fire 🔥 and Water 🌊 come together as a FORCE that has never been experienced before ✊🏻

The biggest collaboration in Indian cinema is set to deliver a memorable experience!!!

After this Alia Bhatt, Rajamouli, Ram Charan and Jr NTR also shared the news on their Twitter handles.

“Witness the unstoppable force of fire and water on October 13, 2021.”

“Fire 🔥 and Water 🌊  will come together to make an unstoppable FORCE as you’ve never witnessed!

Get Ready to experience Indian Cinema in its finest avatar on October 13, 2021 👊🏼”

The film is directed by SS Rajamouli and is based on Indian Freedom fighters. The film is a big project of Indian Cinema and will be available to watch in multiple languages. Are you excited for this? 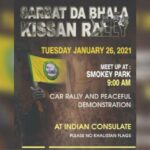 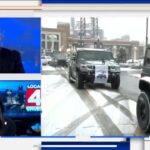