Popular Indo-Canadian YouTuber Jus Reign also known as JusReign is ready for his comeback with comedy series ‘Late Bloomer’. Pier 21 Films announced that they will be producing the half hour series featuring Jasmeet Singh Raina popularly known as Jus Reign.

Late Bloomer will be based on the real life experiences of Raina, and will narrate his journey of achieving fame, dating, spirituality, culture and a lot more with great comic punches fixed in between.

Another popular stand-up comedian and actor Russell Peters will be handling the responsibilities as an Executive Producer in the series.

Coming back to Jus Reign, he is a popular and in demand artist who has been entertaining the audience for years. It’s been a while since he was not active on YouTube and his fans were really curious to know why he disappeared. The reasons are still unknown but at least now we know that he is coming back soon.

We are sure this news has made his fans really excited because they were really waiting for him to come back, and we hope Jus Reign’s comeback proves to be a power packed one. 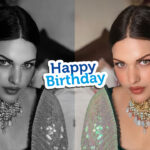 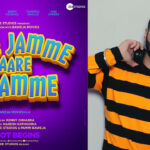