Punjabi Industry has little to no relations to giving credits. Be it big media houses, social media pages, the music industry, or the film industry, it is quite rare to see credits being given to the original content creator.

We can just say:

Just like everyone, music producers all over the world take samples from each other to produce their own music. It is quite common for a producer to be inspired from a beat and try to make something even better out of it. This is known as ‘Sampling’ in the music industry. In actual words, Sampling refers to the use of a portion of a sound recording, in another recording.

But in modern times, the audience blames that sampling has taken a whole new form. The public blames many musicians for ‘copying’ music of other producers and using it in their own songs, without giving them their due credits. However, Varinder Brar’s latest song ‘12 Bande’ stands out in this case.

ALSO READ | Who Is Karan Aujla Blaming In His Recent Instagram Stories For Copying His Compositions?

While listening to the latest song ‘12 Bande’ by Varinder Brar, the audience interestingly found the use of a familiar sound in the music of the song. The sound is also quite famous in Instagram reels. Actually, the sound is not an original one. It has been sampled from Super Smash Bro Brawl Drill Remix by Shae OT. The beat is inspired and modified from the remix.

A meme that we can dedicate to Varinder Brar is:

Punjabi Music producers have often been blamed for taking samples from foreign producers and not giving them the credits they deserve.

It has also been observed by the audience that sometimes music producers use the whole beat of the producer to create their own music, which they find contrary to the definition of ‘sampling’ which refers to only the use of a ‘portion’. Varinder Brar has definitely set a new example for the Punjabi Music Industry! 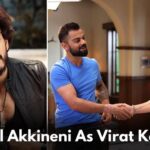