The most awaited album of the year, Moon Child Era by Diljit Dosanjh is now almost ready to make its public release. The hype around the album is unimaginable and the fans are already keyed up before the release. Diljit Dosanjh even held a question-answer session on his instagram account to make big announcements related to the album.

But days before the album was finally released, Diljit Dosanjh’s Instagram started showing some disturbances. Diljit had a following of over 600 on instagram and followed many big Punjabi, Bollywood and Hollywood artists. But out of nowhere, the star started reducing his following. Slowly and gradually he kept on reducing his following until the numerics under the ‘Following’ head read 0.

As of now, Diljit Dosanjh has a following of 0 on instagram. He even unfollowed big Hollywood celebrities, music companies, film actors and global artists. Even Billboard is not followed by Diljit now. Diljit had become the first Indian artist ever to be followed by Billboard on instagram last year when he released his album G.O.A.T.

And now, he does not follow anyone on instagram. This can be something related to his upcoming album Moon Child Era. We have seen many Punjabi and even international stars reducing their following to 0 prior to the release of something big and Diljit is probably doing the same thing.

What matters is that the release of Moon Child Era has been confirmed. Diljit revealed that the album will officially release in the month of August and the fans are assuming it to mean the very beginning of the month. 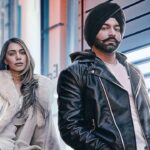 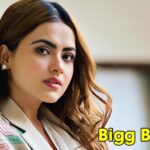