The Prime Minister of Canada, Justin Trudeau recently held a press conference in which he had an interaction with media personnels. In the same interaction, he was asked about his take on Beant Kaur’s case. A reporter asked Trudeau about the letter sent by the Chairperson of Punjab State Women Commission, Manisha Gulati. In the letter, Manisha had highlighted the cases of exploitation of Punjabi youth in the name of Canadian Citizenship.

“There are innumerable cases of exploitation of the innocent Punjabi youth in the name of Canadian Citizenship, causing a widespread perturbation and dismay among Punjabis settled world over.

As the Chairperson of Punjab State Women Commission(PSWC) and representing Punjabi Diaspora, I urge you to take some rapid and stringent actions to stop such exploitation and bring the culprits to justice.”

To this, Trudeau responded by stating,

“It is particularly a vile practice that fraudulent immigration consultants impose on people who are desperately seeking a better life to come to Canada. If someone can promise to you that they can accelerate your file to the government of Canada, they are lying to you. Yes there are alignment immigration consultants who can help you with the processes, but there are too many people making promises to vulnerable people that they simply cannot back-up.”

“We will continue to make sure that we are doing everything we can to protect vulnerable people around the world from these criminal practices.”

And when asked about is the government of Canada considering to tighten the immigration rules in Canada, Trudeau responded by saying,

“No, we aren’t going to tighten immigration rules. We know how important it is to continue to be open to people coming to this country bringing family members over, joining family members for important occasions like funerals and weddings. It’s been a long pandemic, and far too many families have been separated and quite frankly Canada needs more people coming to build their lives and future in Canada, so we can pick up the pace of this recovery.

We are going to continue to be the open generous country that we have always been, and continue to take advantage of the fact that Canadians remain positive towards immigration even if so many countries turn their backs.”

All this was based on the recent case of Lovepreet’s suicide after his wife Beant Kaur didn’t let him migrate to Canada on spouse visa after their wedding. As per reports, Beant Kaur was staying in Canada, and Lovepreet was supposed to join her in some time as there were restrictions due to COVID-19.

But Trudeau’s statement has relaxed the tensions of thousands of people who are looking forward to settling in Canada. 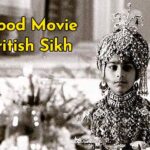 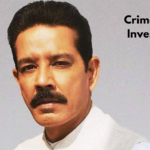