Not just the opposition, but even BJP MP Varun Gandhi has slammed Senior BJP leader Kaliash Vijayvargiya on his controversial statement on “agniveers” during a press conference about the local body elections in Madhya Pradesh yesterday. While addressing the press conference, when asked about the Central government’s “agnipath” scheme. As tweeted by news agency ANI:

“I will give preference to an Agniveer to hire him as security in BJP office, even you can…People have faith in armymen: BJP National General Secretary Kailash Vijayvargiya in Indore, Madhya Pradesh”

“The tales of our great army, cannot be recounted by an entire dictionary…its valour resonates across the world… If a soldier of this military gets an invitation to do ‘chowkidaari’ of a political office, best wishes to the person who sent out the invitation.”

On the other hand, the Congress party also lashed out at Kailash Vijayvargiya over his remarks. Former INC president Rahul Gandhi, in a tweet, said:

“Those who didn’t host Tiranga for 52 years, how can we expect them to respect our soldiers?

The youth prepare to join the army with a lot of dedication to serve the country, not to safeguard the Bharatiya Janata Party.

The Prime Minister’s silence over this remark is a stamp of approval to this Insult!”

Amidst this, Kailash Vijayvargiya has defended himself, claiming that the “toolkit” gang has twisted his statement on “agnipath”. On the entire issue, Vijayvargiya tweeted, “I only meant that the “agniveers” after completing their tenure of four years, will be trained and committed to their duties and responsibilities. This will be utilised in the fields they choose after the completion of service in the army.”

For the last 5 days, protests against “agnipath” took place across the country, and the agitators have been continuously demanding the Central government to withdraw the scheme. Amidst this, Vijayvargiya’s statements have created a new controversy. 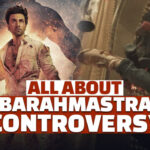 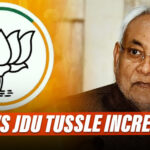