Indian Cinema is slowly emerging to be really powerful and huge. Not only Indian movies are earning recognition at international levels, but various Indian artists are also continuing to lit sparkles at global levels.

Recently, the Oscars released the list of international artists whom they have invited to join the Oscars Committee. The list comprises a total of 397 artists which include 6 from India.

Oscars has Invited Kajol as the only Bollywood actress, and Suriya as the only Tamil actor. The international academy has recognized Kajol’s performance in the movies; Kabhi Khushi Kabhi Gham and My Name Is Khan. On the other hand, Suriya is selected for his work in the movies; Jai Bhim and Soorarai Pootru. Earlier, Suriya’s Jai Bhim had become the first-ever Tamil film to feature on the Oscars’s YouTube Channel

Apart from Kajol and Suriya, Oscars has also invited filmmaker and writer Reema Kagti who has been a part of acclaimed movies like Talaash, Gully Boy and Zindagi Na Milegi Dobara.

Also Read: Rashmika As Srivalli To Be Killed In Pushpa 2? Producer Opens Up About The Awaited Sequel

Other 3 artists from India are filmmakers; Sushmit Ghosh, Rintu Thomas, and Pan Nalin. Though none of the artists have reacted to the news yet, their fans are very excited and congratulating for adding a new feature to their hats.
Notably, the Oscars Academy already has AR Rahman, Amitabh Bachchan, Shah Rukh Khan, Vidya Balan, Aamir Khan, Salman Khan and other Bollywood and other Indian artists on its committee. 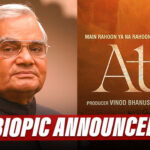 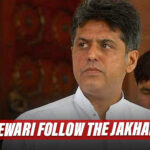