Late actor Kaka Kautki is still remembered by all his fans and the industry artists. Though he is no more with us, his performances are making the fans emotional following his film’s release. He has recently appeared in movies like Lekh, Saunkan Saunkne and more. And he will be seen in Dev Kharoud’s Dakuaan Da Munda 2 next.

Dakuaan Da Munda 2 will hit the theaters on 27 May and will star Dev Kharoud in the leading role. With him, actors like Japji Khaira, Nishawn Bhullar, Raj Singh Jhinger, Lucky Dhaliwal, Preet Baath, Balwinder Bullet, Karanvir Khullar, Deep Mandeep Sahib Singh, Anita Meet and Gurmukh Ginna will also be seen. And apart from these, the late actor, Kaka Kautki’s performance in the film will also make the fans emotional.

But do you know it was Kaka Kautki’s special desire to act in this film, and he was ready to be a part of this even without pay? Yes, what you just read is absolutely true. And this off-screen tale has been shared by Manga Singh Antal. He is the man behind the story of Dakuaan Da Munda as it is based on the real-life incidents of his life.

He took it to his Instagram account and shared a picture with Kaka Kautki. In the pic, both of them have been captured candidly while having lunch. And in the caption, he revealed how excited Kaka Kautki was to act in the film.

He wrote that Kaka Kautki said, “He had asked for the role himself and said he can work without pay also, but he will definitely work in Manga’s film”. He also revealed that Kaka was busy when the casting was being done for the film, but later Kaka came and was ready to work even for a little appearance in his film.

Also Read: Lekh’s Team Pays Tribute To Late Kaka Kautki. BTS Moments Will Make You Emotional Too
This story of Kaka Kautki’s love for Manga Antal is heartwarming and really wholesome. The fans are waiting to get to see Kaka Kautki ruling the silver screen once again on 27 May in Dakuaan Da Munda 2. 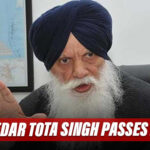 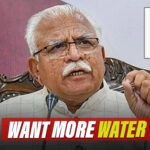