Pitaara TV has added a new chapter to the Punjabi film industry by launching the first ever Punjabi OTT platform, Chaupal. As soon as the app became publicly accessible, Punjabi audiences rushed to watch their favourite movies and web series. ‘Kala Shehar’ was one of the most anticipated titles on the platform.

Kala Shehar narrates the story of a village, a hub of malicious and black activities, hence the name ‘Kala Shehar’. Not giving too many spoilers, the plot of the movie revolves around the antagonist avenging his brother’s death. In the course of the story, he discovers many shocking facts.

The highlight of the movie remains lead actor Dheeraj Kumar. Dheeraj is once again playing the role of an intense character and now there’s no argument that he’s the best in the business for such roles. He rose to fame with his role of ‘Shinda’ in the Punjabi web series Warning and from that very project of his, he’s maintained the same aura around him. His performance in this movie too was outstanding.

The supporting actors Karanveer Khullar, Aman Sandhu, Rajneet Drall, Mahabir Bhullar, Sanju Solanki and others, all have performed their roles excellently. The acting department of the movie has been properly taken care of. The real issue is the storyline of the movie.

While most of it is based on the personal opinion of the viewer, the movie does not bring something that we’ve never seen. It is a good story, nothing to be amazed about. There are twists and turns, there is a required amount of action, the dialogues are heavy and strong, the character development is really good but the storyline seems to be loose in some parts.

There were some parts that had scope of improvement. For instance, the climax is viewed as one of the most important parts of the film as it is the point that concludes all the drama. Kala Shehar had an action-packed climax with fight scenes. But the fight scenes were not directed to perfection. It had an unfinished touch to it which gives the viewer a realisation that he’s watching a film. It simply does not feel real enough. There was lack of furnishing and huge scope of improvement there.

Another issue that is rather a technicality problem than the content related. The sounds of the movie feel too loud sometimes. The sound of footsteps (foley) seem to overlap the dialogues and the surrounding sounds, which at times is very uncomfortable to watch.

Overall, Kala Shehar presents a good storyline, though not something unique, and combines it with power-packed performances from all the actors. Dheeraj Kumar is the star of the movie and it is a must watch for him. 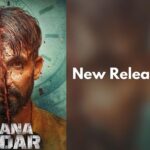 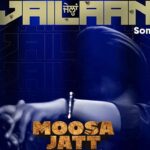