Kamaldeep Sharma has given a reason for the entire Punjab and the whole nation to hold their heads high as he made everyone proud by securing an AIR 3 in ISRO scientist examination. Kamaldeep is a resident of Magar Sahib village, Patiala. He has made a name for not only his parents and family members but also the entire Punjab by achieving the heights and getting selected to become a scientist in ISRO, the national space agency of India.

Preneet Kaur, the MP of Patiala, Punjab, also shared her happiness through an instagram post in which she is seen posing with Kamaldeep Sharma. She mentioned, ‘You have made the whole of Patiala and Punjab proud. Wishing you all the best for your future beta.’

Kamaldeep belongs to a middle class family and his father serves as a farmer. He completed his graduation in B.Tech in Mechanical subject and scored 67% marks. After the graduation he sat in many competitive exams and tried for different jobs too but he did not succeed in getting any of them.

This touched his heart and forced him to work hard to earn a living. He was working in the private sector in the year 2017 in Delhi. During this time, ISRO launched 4 satellites which gave a reason for Kamaldeep’s desire to try his luck in the national space agency. In 2018, he appeared for the post of scientist in ISRO but unfortunately did not qualify.

But Kamaldeep Sharma did not lose hope, continued his preparations and tried again for the post of Mechanical Engineer in ISRO which now resulted in securing AIR 3 among 2 Lacs participants and his selection in the agency finally. 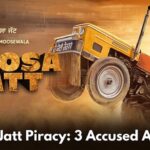 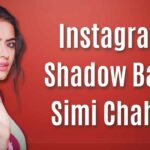