Kangana Ranaut is the one who never think twice before uttering something she feels. And freshly again she has proven her point among the readers that she talked like this as she took it to her social media, where she shared 2012 video clip in which Kangana is openly speaking about media mafia.

Later she also tweeted about her bond with her dad, as she said she became the first maverick Rajput woman as she left the house at the age of just 15. She opened up about how she rebelled her father. Sharing one incident in her tweet she talked about how she warned her father that if he will slap her, she will slap him back. Take a look at the whole incident:

Previously, actress Kangana also gave reply to the ex-minister Kamal Nath who penned the service in the Madhya Pradesh government who called her “Naachney Ganne Wali” and in reply Kangana said that she is not like Deepika, Katrina, or Alia. 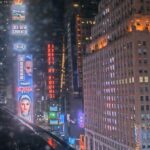