Bollywood actress Kangana Ranaut leaves no opportunity to talk about or comment on any hot topic especially the ones going viral in the country. And we all know Aamir Khan’s divorce with his second wife Kiran Rao has been in news and every highlight. The former couple announced their divorce as they ended their 15 year long marriage. Since then, the fans are in extreme shock and the internet is flooded with news stories. While everyone in the country is talking about the same, some Bollywood actors also shared their opinion on the same.

Miss Ranaut has recently commented on the same and raised the topic of Interfaith marriages in her recent Instagram stories. Talking about the bringing up of children, She wrote,

“At one point In Punjab most families raised one son as a Hindu and another one as a Sikh, this trend has never been seen among Hindus and Muslims or Sikhs or Muslims, or anyone else with Muslims for that matter, with Aamir Khan sir’s second divorce I wonder in an interfaith marriage why children come out only Muslims.

Why woman cannot continue to be Hindu? with changing times we must change this, this practice is archaic and regressive… if in one family if Hindu, Jain, Buddhist, Sikh, RadhaSwami and atheists can live together then why not Muslims? Why must one change one’s religion to marry a Muslim?”

The screenshot of Kangana’s story is doing rounds on social media. And netizens are sharing different opinions about the same. 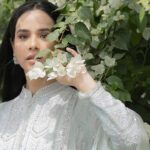 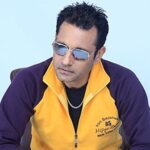