Call it planned, fortunate or a series of coincidences, Bollywood actress Kangana Ranaut’s name is always in the headlines. Not only this, she is also involved in controversies every now and then. Currently, also, the actress has become the topic of discussion after her recent appearance on the popular The Kapil Sharma Show.

Also Read: Do You Know How Much Urfi Javed Earns? Trust Us, It’s Way Higher Than Bollywood Celebrities

In this recent incident, Kangana Ranaut trolled Ananya Pandey and the internet is going crazy after the viral video.

She attended the show to promote her upcoming movie Dhakkad, and suddenly in between the conversation a topic of Bolly Bimbo arose. To this, Kapil Sharma asked Kangana about what does that mean. And to this, Kangana mimicked Ananya Pandey, by trying to touch her nose with her tongue. She also said, ‘Bolly Bimbo wo hote hain na jo kehte hain, *does the action*, I can touch my tongue to my nose (in Ananya Pandey’s accent).”

Kapil Sharma in response to Kangana’s answer smiles and laughs a bit. The video is going viral on social media like a wildfire. Though Kangana did not mention Ananya Pandey’s name, no one is yet over Ananya Pandey’s ‘I can touch my nose with my tongue, it’s my talent’ statement.

Ananya Pandey had also been a guest on The Kapil Sharma Show during the time of Student of The Year 2 promotions. It was then when she had made the viral ‘it’s my talent’ statement which instantly went viral among netizens and also started a meme trend.

Coming to Kangana Ranaut’s upcoming movie Dhaakad, the film is going to hit the theaters on 20 May. It’s going to clash with another Bollywood movie Bhool Bhulaiyaa 2 and the Punjabi movie Kokka releasing on the same day. 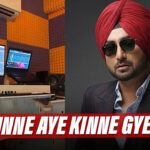 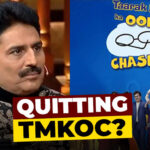