The National Award winning director Hansal Mehta recently tweeted and confessed that making the 2017 film Simran was his mistake. The movie starred Kangana Ranaut in the lead roles, and that is why Hnasal’s tweets made Kangana’s fans angry.

“I supported him (Anna) in good faith. Like I later supported Arvind. I don’t regret it. All of us make mistakes. I made Simran.”

and shared a screenshot of his movies’ box office collection, other wrote, “I was a big mistake for @KanganaTeam actually..she is a big personality ..a disaster like simran doesn’t suit her personality ..aapka ka kya hai aap to galatiyo ka putla ho..saare kaam ulte”

After all this, even Kangana could not resist sharing her views on the matter, and she replied to Hansal’s tweet by writing, “That’s true Hansal sir, even you will agree with that, I stood by you and now you saying this, feel like singing ‘ achcha sila diya tune mere payaar ka”

To which, Hansal tweeted and said, “Firstly, the tweet wasn’t about you. Secondly, there are things that happened after the film that left me more than hurt. It made me sorely regret making the film.”

All said and done you remain a fine, fine actor. And you have my respect for that. And for your kindness.” 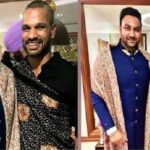 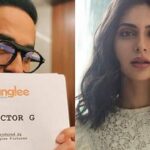