Also Read: THIS Punjabi Musician Is The Man Behind Brahmastra’s Banger Soundtrack

The Guddan Tumse Na Ho Payega actress was one of the strongest and most consistent contestants in Khatron Ke Khiladi 12. But after the show finished, she got involved in an controversy as she had an argument with the channel over favouritism of Colors Tv and showed herself negative in the reality show Khatron Ke Khiladi. It is also being said that she reached out to the office of Khatron Ke Khiladi and there bashed the show producers for ruining her public image.

To be noted are the facts that Kanika Mann got into clashes with the host Rohit Shetty and co-contestant Rubina Dilaik. It was after Kanika aborted a stunt when she was badly bashed by Rohit Shetty. The host told Kanika that she is not taking the show seriously.

Also Read: Sharry Mann & Parmish Verma Once Again Bash Each Other Online
For now, the makers of Khatron Ke Khiladi have not publicly addressed the accusations by Kanika Mann. The news is going viral on various entertainment portals and also on social media. While Kanika’s fans are supporting her in the clash, the other section of the internet feels the opposite. 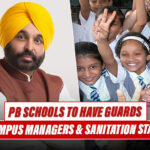 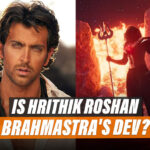