Sidhu Moosewala murder case takes a new turn everyday. A shocking news has come from Mansa as Kanwar Grewal and one of his friends, Jyoti Pandher has been booked by Mansa Police for the suspected involvement in the death of Sidhu Moosewala.

Kanwar Grewal and Jyoti Pandher has been booked by Mansa Police on August 26th for preliminary inquiry in Sidhu Moosewala Murder Case. The duo is booked only after some serious accusations are made against them.

Kanwar Grewal is a popular name who also allegedly runs a music studio under the name of ‘Folk Media’. While Jyoti Pandher is a friend of Kanwar and owner of Jatt Life Studios.

Sidhu Moosewala was shot dead by Lawrence Bishnoi-Goldy Brar gang in the evening of 29th May 2022 in Jawarhke, Mansa. Canada based gangster and Lawrence bishnoi close aide Goldy Brar has taken the responsibility of Sidhu’s murder. After that a number of shooters were arrested by Punjab Police for their involvement in Sidhu’s murder.

Before Kanwar Grewal and Jyoti Pandher, Mankirt Aulalkh’s name was also tossed for his connection with Sidhu’s Murder and Bishnoi Gang. However, later he get clean chit from the court in Sidhu Moosewala Murder case.

Earlier, the news of murder of Mandeep Manali, a prominent member of Bambiha Gang has shocked the nation as his death could turn into a big turning point in Sidhu Moosewala Murder case. Mandeep Manila was shot dead by unknown shooters in the Philippines.

Manila who was a prominent member of Bambiha Gang was murdered a few days after, The Bambiha Gang issued a threat against Mankirt Aulakh and Lawrence Bishnoi Gang to avenge Sidhu Moosewala’s death. This is the reason that Mandeep Manila’s death is being linked with the Bambiha-Bishnoi Gang rivalry.

Soon after the Mandeep Manila’s death, another turning point in Sidhu Moosewala murder case can be seen as Kanwar Grewal and Jyoti Pandher are booked by Mansa Police for suspected involvement in Sidhu’s murder.

However, there is no further information available, so we have to wait for the official intimation for further development… 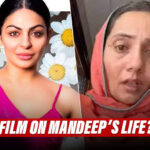