Comedian Kapil Sharma who has recently entertained his fans with his stand up special  ‘I’m Not Done Yet’ is again planning to enter the hearts of audiences. The artist is all set to enthrall the audience with his acting skills once again with a new film, which is presented by Applause Entertainment and Nandita Das Initiatives.

After featuring in movies ‘Kis Kisko Pyaar Karoon’ and ‘Firangi’, Kapil will soon be hitting the big screens with an upcoming yet-to-be-titled project. Kapil will be seen sharing the screen with star Shahana Goswami who has worked in projects like Bombay Begums and A Suitable Boy.

Not only this, the most exciting thing about the film will be, Kapil would be seen portraying the role of a food delivery rider. The post shared by Kapil shows the statement of the makers of the upcoming film. Sharma wrote, “I am very excited about this project, not because I am doing a film, but because I am doing Nandita Das’ film, whom I have seen both as an actor and a director. She has a very distinct and deep way of looking at things and a keen eye for detailing.

“So my job as an actor is to just do what she tells me. Her work is very different from mine, and I am happy that the audience will get to see a new side of me,” he added.

After praising Nandita, he let out, “an artist is always thirsty to do something different! The people behind the project, Nandita Das and Sameer Nair, are both extremely passionate and good at what they make, so I am really excited to be doing this film.”

Further, reports suggest that the film, slated to begin filming later this month, is set in Bhubaneswar, Odisha.

Fans are really excited and flooded the comment section with congratulatory messages. The audience will also see Kapil Sharma’s biopic ‘Funkaar’ which was announced a few weeks back. 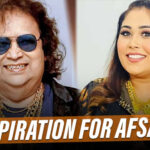 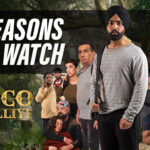