But since the last few days, fans are comparing his song ‘Tees Maar Khan’ with Sultaan’s ‘Mittran Da Naa’ as some parts of both songs sound similar. And he has clarified his side of the story in a recent interview.

But if you haven’t listened to both the songs, you might not know what exactly the matter is. You can find the links of official songs below;

He stated that he has no idea about how this happened exactly, but it might be because of Sultaan’s and his team’s work-relation with SMG music who have done the music part of his song ‘Tees Maar Khan’.

He also said that he doesn’t care about whoever is behind it, as he has moved on and has no intention to play any blame game.

He did release a part of his song after Sultaan released the poster of his song, just to make sure that nobody thinks he has copied it and let people know that his song was already in the queue. Hence, the song’s audio was released much earlier than its video.

Its video has been choreographed and put out recently in collaboration with ’47 Records’ an Australia based channel.

He also mentioned his many upcoming projects are in line with ’47 Records’ and also said two of his songs are on their verge with a surprise in their video, now all we have to do is wait for them to unveil the surprise. 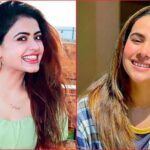