Punjabi superstar Karan Aujla is currently preparing for his debut career album BacThafu*UP. It’s been quite sometime since he first announced that he was coming up with an album and now it is expected to drop this month. Just prior to the release of the album, Karan Aujla has followed rapper AR Paisley on Instagram.

The follow came in response to AR Paisley following Karan Aujla on Instagram. As of now, both the artists are following each other on Instagram. AR Paisley is a Canadian rapper and songwriter, who is often described as the most underrated rapper of Toronto.

He rose to fame in the Punjabi Music Industry when his clip of rapping to a Sidhu Moosewala song, in a car, went viral. The unreleased song was then called ‘G-class’ and had Sidhu Moosewala vocals. It also had AR Paisley’s rapping feature in it. Both artists were seen jamming live to an old school freestyle beat and the song was loved by the fans.

Recently, the song was also remade with the title ‘G-shit’ in Sidhu Moosewala’s recent album MooseTape, but it had another Toronto rapper Blockboi Twitch’s rap feature in place of AR Paisley. There is no guess as to why AR Paisley did not feature in the song and why Sidhu chose Blockboi twitch.

And now, the rapper has followed Karan Aujla on Instagram. Speculations are that the duo might be collaborating for a song in the near future. Who knows? They might even be working on one! But their Instagram activity is surely a thing to watch out for! 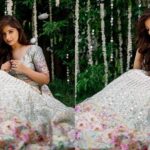 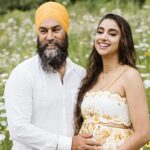