A few days ago Karan Aujla dropped an intriguing Instagram post, teasing something huge on 25 November, 2021. The audience started making their guesses and mostly anticipated an upcoming track from the artist. The Instagram post had a ‘Spade’ symbol on it, which made the audience believe that Karan Aujla was dropping the sequel to his superhit track released earlier this year, Hukam.

But now, all the speculation drama ends! Karan Aujla has finally unveiled the surprise he has planned for 25 November this year. No, it is nowhere near to Hukam 2, or even any other track! The Punjahi superstar is all set to enter the clothing world by launching his own clothing brand, Hukam Clothing on 25 November.

The artist unveiled his merchandise through social media. The announcement has come off in the form of a short video Instagram post. Karan Aujla goes on to reveal how it was always his dream to do something big. From millions on Youtube to millions in his bank account, from topping Billboard charts to Sold out concerts, he’s lived upto his dream. And to achieve another dream of his, the artist has announced his clothing brand.

A designated website, Hukam Store, has been set up wherein users can register their email addresses and start shopping. The users will be able to shop and buy their favourite wears when the brand is officially launched on 25 November.

Karan Aujla is without a doubt one of the greatest in Punjabi Music History. The artist’s name will be registered in the books of Punjabi Music forever and still, he doesn’t seem to settle down! The singer keeps on making big announcements and adding to his already huge list of achievements every now and then. We can already not wait for the artist to launch Hukam Clothing so that we can go and grab our favourite outfits! 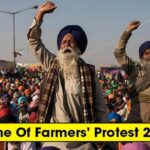