Karan Aujla, undoubtedly one of the biggest superstars the Punjabi Music Industry has ever seen, is also now India’s biggest artist. The singer-songwriter recently released his first-ever music album, BacThafu*UP and it was already expected to be one of the year’s best.

Following the worldwide success of BTFU, Karan Aujla has now become India’s Biggest Digital Artist. Karan Aujla has grabbed the 38th position on the Global Digital Artist Ranking, which makes him the highest-ranked Indian artist on the list. The list features the world’s biggest Digital artists and is currently peaked by American rapper Kanye West. Global Music Icons like Drake, Ed Sheeran, Ariana Grande, Taylor Swift and many more feature on the list.

Karan Aujla jumped 14 spots on the list to climb to the 38th position. This has come after the huge success that his debut album BTFU has turned out to be. The album is currently trending in about 20 countries worldwide, and is even at the peak of many top world charts.

Diljit Dosanjh was the previous Indian artist to rank on the list. He also became India’s Biggest Digital Artist by grabbing the 38th position on the same list. He was the highest-ranked Indian artist on the list. It came after the success of his album MoonChild Era. Now, Karan Aujla has taken the same spot.

True Punjabi Music Fans couldn’t be happier than this. Seeing Punjabi Artists and Punjabi Music perform at a world stage, not only at the regional, is a treat to true music lovers. Diljit Dosanjh represented Punjab at a world level, and now Karan Aujla has become the face of Punjabi Music globally, with his latest album BTFU. 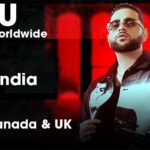 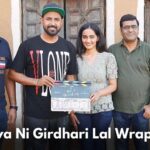