Punjabi singer Karan Aujla makes headlines with his superhit and record-breaking songs, and no one can argue this fact. The artist knows what his fans want, and he works in that direction. Maybe that’s why he never disappoints. Recently also, he released his much-awaited EP Way Ahead, and guess what? That too made headlines.

It’s not even been 24 hours after Aujla’s most anticipated EP Way Ahead was released and it’s already leading the Indian Apple Music Top Album Charts. Yes, Way Ahead grabbed the number one position within 10 hours of its release.

Way Ahead was released on 10 May, and apart from the 57-seconds long intro, the EP includes a total of five songs; Oouuu, They Know, Game Over, Unreachable and Gangsta.

Yeah Proof handled the music part of the EP, while Ikka and international rapper YG collaborated with Karan Aujla for the vocals. It was announced in January this year, and took almost four months to finally come in front of the fans.

Also Read: Way Ahead EP By Karan Aujla Out Now, Listen To It Here

It was creatively announced in the conclusion of Aujla’s superhit track YKWIM. And earlier, its snippet and motion poster were also released which added to the excitement levels of the fans.

And now when the EP Way Ahead is finally out, it’s not only leading the Indian Apple Music Top Album Charts but also trending in various countries like New Zealand and Canada.

The fans and fan pages of Karan Aujla are celebrating this achievement like the biggest victory. The EP is also expected to make space in various International music charts too. 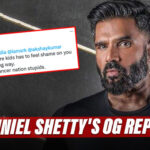 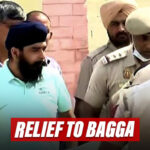