Way Ahead comes with a total of 5 tracks Oouuu, They Know, Game Over, Gangsta, Unreachable and an intro. All the songs in the EP have already surpassed the million stream mark on Spotify and the EP has crossed 10 million streams on Spotify in total.

It has special features from Indian hip-hop sensation, Ikka and American Rapper, YG. We get to hear Ikka’s verse in Unreachable while YG is featured in Gangsta. Gangsta is also the only track as of now, to have been released with its official Music video, which has garnered over 8 million views on Youtube in 2 weeks.

It is a feat not only for Karan Aujla, but Punjabi Music Industry in general to have made it to the Billboard. Punjabi Music is ruling over the world even when the Punjabi speaking population is very limited. There couldn’t be a better era as a Punjabi Music Fan to live in 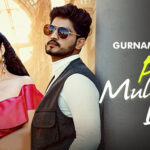 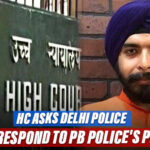