Popular punjabi singer and artist Karan Aujla has recently landed and reached Delhi to support the ongoing Farmers protest from Canada. There she was seen joining the protest and giving a few interviews. In one of his interviews when he was asked about what he feels about the protest as the world is talking about it now, he said that he is extremely happy to see the unity of Punjabis and all the farmers.

He also replied to all those haters who are raising questions on the funding of the farmers, Karan said such people should know Guru’s Langar can never be stopped.

And indirectly when he was asked his opinion about Kangana Ranaut and her hateful statements for the farmers and the ongoing protest, Aujla said that such people and their words should be avoided. 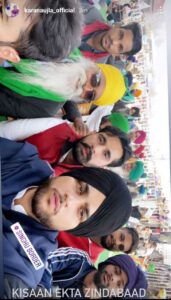 Before Aujla many other popular celebrities have been to Delhi to stand by the farmers. And we are extremely delighted to see the unity of Punjabi industry as they are standing together to support the farmers. 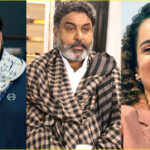