One of the most loved artists in the Punjabi music industry, Karan Aujla is all set to drop the intro of his biggest album Bacthafucup. The singer has an energy that attracts his fans as well as everyone to his every song.

A few days ago the singer announced the release date of his album’s intro, which is on 17th June at 10 Am in India and on 16th June at 9:30 in Canada. But today, a day before his intro, he dropped a huge piece of news for his fans.

The singer has posted a story on his official Instagram and hinted at his collaboration with Manmohan Waris as he tagged Manmohan Waris and used the Initials of his Album ‘BTFU’.

The announcement of this collaboration has surely shaken the whole Punjabi music industry.

The new music album titled ‘BacTHAfu*UP’ will be released soon on the label of Speed Records. For the album ‘BacTHAfu*UP’, Tru Skool will be producing the music.

Talking about the Singer, Karan Aujla is the lyricist and singer of the Punjabi Music Industry who has given various hits like Scratch, Don’t Worry, Chitta Kurta, Red eyes and many others.

Manmohan Waris is a folk singer known for his Bhangra in Punjabi Industry. He has some big hits like Koka, Sutti Payi Nu Hichkiaan, Dhakke Naal, Jari Jang Rakhiyo and many more. 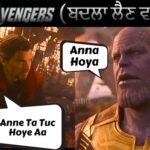 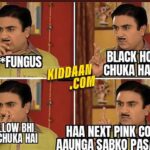