Punjabi superstar Karan Aujla recently interacted with the Chairperson of Punjab State Women Commission, Manisha Gulati, via video call, regarding the legal complaint against him for his song ‘Sharab’ with Harjit Harman, accusing the singer of objectifying women and comparing them to drugs and weapons.

Harjit Harman had already offered his clarification on the topic through an Instagram post and Speed Records, the Music Label through which the album BTFU was released, also had a meetup with Smt. Manisha Gulati and talked about the bright future of Punjabi Music Industry.

Manisha Gulati uploaded an Instagram post about her interaction with the Punjabi superstar. She said that Karan stated in the interaction that he’s always taken care of Punjab and Punjabi culture in his songs. The singer also assured not to tarnish the image of women, or anybody, in any of his songs.

The Punjabi singing giant also vested trust with the chairperson of the PWC that he will come and pay his visit to their office once he arrives in India, as the artist is currently in Canada. It appears that the interaction between Karan Aujla and Smt. Manisha Gulati has turned out to be a positive one and the singer has presented his stance on the issue very well, which also seems to have been settled with the chairperson of the PWC. 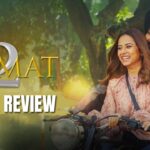 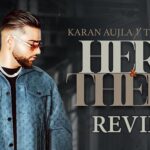