If you are super active on social media, you might have come across the viral song already. It is a short audio note in which Karan Aujla can be heard singing on the behalf of Sidhu Moosewala’s parents.

The lyrics of the song are heart-wrenching and extremely emotional. A part of the leaked song sings on the behalf of Sidhu’s Mother, while the other one describes the feelings of his poor father.

Various fan pages of Sidhu Moosewala and even Karan Aujla have shared the leaked track. The song is going viral and grabbing everyone’s attention.

The fans of Punjabi music always wanted to see Karan and Sidhu collaborate with each other. But all the desires were left unfulfilled forever on 29 May when Sidhu was shot dead.

There are no confirmed or official plans of Karan Aujla and his team to release the song. But both the Sidhu Moosewala fans and Karan Aujla fans are extremely overwhelmed and touched in reaction to this song. Though the fans are wishing this song to be released officially, there is no statement or comment regarding the same by the officials yet. 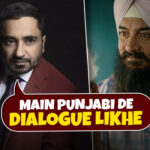 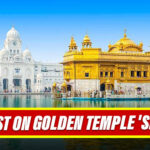