Popular rapper-singer Karan Aujla aka Jaskaran Singh is all set to jazz up fans’ playlist with his maiden album BTFU. The singer always manages to fulfill his fans’ expectations. He has made everyone proud throughout his journey and achieved great heights. Not only this, but he also knows how to kill it with his looks and attitude.

The singer was once asked in a talk show about his plans to do any movie because he has an appealing personality.To this Karan replied that he was not prepared for acting. And added that it’s a cycle in the industry. First, a person enters as a lyricist, then becomes a singer and after getting success, they evolve as an actor. So, he wanted to break this chain and stuck to his profession. Moreover, he says, “If I’ll be doing movies, I will prepare myself hundred percent and I am not ready for that yet”.

The singer also revealed that he will write the script himself for his movie, as he is not getting a good script, and as it will be his first film so he wants to perform best. Unfortunately, it will take time as he is occupied with many other things for now.

Yet, everyone knows that if he performs in any movie, he manages to give his best and uniqueness as his melodies.

Karan Aujla Reveals It Was His Dream To Collaborate With Labh Heera, Read Details 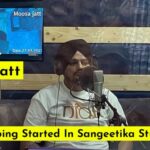 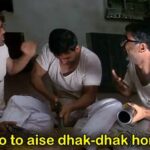