As promised, Punjabi singer Karan Aujla has started his world tour after the release of his debut album BTFU. The singer recently visited Dubai for his live concert and shared a picture of his mesmerizing trip.

What caught our attention when he posted the picture with Dubai-based Indian origin property developer and business tycoon Balvinder Sahni. He is a Chairperson and Owner of RSG Companies which operate across diverse sectors. He is also known as Abu Sabah.

Additionally, he also owns D-5 (single plate number for Rolls Royce) for $9 million. ‘Jhanjar’ fame Karan Aujla seems to share a great bond with the tycoon. He shared a few pictures with him along with other people like Sumit Sahni and Sabah Raj Sahni.

To unveil some more information about the concert, it has been organized by E3UK Records and has brought some of the biggest Punjabi artists to the E3AE Live concert which was held at Coca-Cola Arena, Dubai, on November 12. In the concert, many singers have performed like Ammy Virk and Mannat Noor.

The videos and photos from their concerts are circulating all over the internet. Take a look at those too:

It seems great that Punjabi artists are widening their horizons and making their community proud. They are not only bound to regional or national level but spreading their wings Internationally! 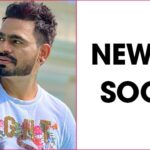 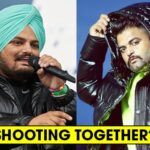