This day is a golden day in the history of Punjabi Music Industry. On one hand when Amrinder Gill was winning hearts by releasing Judaa 3, an album after 7 years of long gap, Karan Aujla has shaken the whole Punjabi Music World. The most awaited album ever, BacThafu*UP is finally here!

The singer has finally announced the release date of ‘Vibe Check’ from the album BacThafu*UP, which is interestingly the first ever music album of the Punjabi giant. It was without a doubt the most awaited project of the year or probably Ever! This is the end of ‘Trust The Process’ memes and an end of months of long wait.

The artist uploaded a story on his official Instagram account to announce that 2 September, 10:00 am (IST) is the date and time when the explosion will be finally done by Karan Aujla. It is probably a second intro from the album, as Kiddaan had already speculated a few days ago.

The follow up stories of the artist are even more interesting. He said that ‘Vibe Check’ is just a small preview of the actual blast that’s scheduled next. BTFU is a story, BTFU is passion and BTFU is the origin of Punjabi culture and Punjabi Music.

Mark our words! The wait is going to be worth it. Karan Aujla never disappoints and this time even his haters are going to be spellbound by the absolute masterpiece of an artist and an equally great album to come! This Tru Skool, Karan Aujla collaborative album is without a doubt the most anticipated, the most awaited, the most hyped up project of the year. We can expect nothing less than Greatness from Karan Aujla this time! He said it right ,‘Khalaara Pain Aala Bai Ji’! 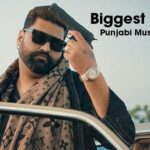 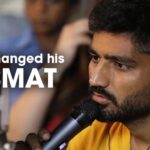