The famous Singer Karan Aujla is on his Punjab trip. And yesterday Aujla visited Mansa with his close friends, and throughout his Instagram stories, he kept updating his fans from time to time.

Everything looked fine but, we all know that Karan Aujla and Sidhu Moosewala don’t share a good relation, as Aujla has a rivalry with Sidhu and both have been replying to each other through their songs. Both singers have been criticized for singing songs promoting violence, and this time Aujla visited the hometown of Sidhu Moose Wala as he posted stories and using the location sticker on purpose.
Have look on that:

But, Gulab Sidhu (one of the closest friends of Sidhu Moosewala) responded to Karan Aujla’s trip to Mansa. As Gulab Sidhu shares his Instagram Story, where he wrote:

Have a look at the Gulab Sidhu’s story:

Now, what’s next? We all know that the controversy between these started when Sidhu’s video targeting Aujla in his song was leaked to Aujla’s management, and they threatened to attack Sidhu. Following the incident, they both started targeting each other on social media, and now once again, it seems like the cold war begin. 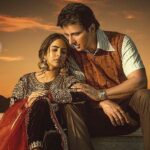 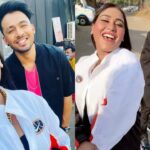