He and his wife Teejay had left for Vancouver in 2020 to have a third baby, who was finally born on 21 December 2020. Karanvir later added that he was shooting for a film in Mumbai, called Pataal Paani, and his family was in Canada.

Karanvir too flew to Canada, but at that time the virus situation in India wasn’t so bad. Since his time in Canada, so much has happened in India.

The country crossed the 400k per day cases mark and Coronavirus’ second wave became as deadly as it could be. Hence, the actor was forced to postpone his return. 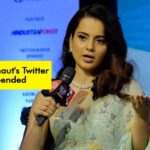