Not only do the fans desire to date their favourite Bollywood celebrities, but the superstars from B-town also usually develop a major crush on their favourite people. And one of the perfect examples of this is the desire of Kareena Kapoor who is now married and has added ‘Khan’ to her name.

During Kareena’s beginning years in Bollywood, she had a crush on someone and seriously wanted to go on a date with him. And you should know that person definitely was not her now husband Saif Ali Khan.

It was one of the episodes of a popular interview-chat show Rendezvous with Simi Garewal in which Kareena Kapoor appeared. Veteran actress Simi Grewal used to host the show and had the heart to heart conversations with various popular celebrities from Bollywood and other industries too.

In the episode, Simi Grewal asked Kareena to name any person from the entire world whom she would like to go on a date with. To this, Kareena replied by saying, ‘It’s like I won’t mind getting to know him, it’s controversial… Rahul Gandhi’.

And not only this, but another actress Ameesha Patel also named Rahul Gandhi when Simi Grewal asked her the same question; about a person she’d like to go on a date with.

Recently Simi Grewal shared a video on her Instagram account in which she uploaded a compilation of various celebrities revealing their dating desires. While we have already revealed to you what Kareena Kapoor and Ameesha Patel chose to date Rahul Gandhi, some other Bollywood superstars also had surprising answers.

Govinda and Rakesh Roshan confessed their wish to go on a date with veteran actress Rekha & Sanjay Leela Bhansali chose Madhuri Dixit as he felt she’s too fascinating. Priyanka Chopra said she’d like to go on a date with Prince William as she wishes to know what royalty at 23 feels like, and Jackie Shroff named Sushmita Sen.

These revelations are surely fascinating and surprising at the same time. Right? 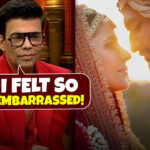 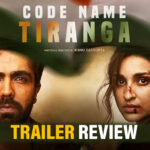