In the current time, when filmmakers and actors are heading towards OTT and digital platforms, it looks like Punjabi cinema and celebrities are also following the trend. According to the sources, renowned model turned actor Kartar Cheema is now soon to be ready with thriller web series. We have also seen him in movies like Rang Punjab and Darra.

Sikander 2 starred Kartar Cheema with Shubh Sandhu and the debut performance of Guri. Kartar is well known for his villain roles in Punjabi movies. Now let us wait for more details of the web series, to know what is the exact surprise they are planning for. We hope the team succeeds in the world of web series just like they do in Punjabi Film Industry. 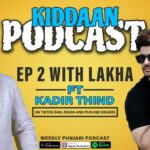