There is an amazing piece of great news for all the Bollywood fans out there. If you are someone who was extremely wooed by Kartik Aaryan’s commendable performance in the recently released Bhool Bhulaiyaa 2, this news can excite you.

Reportedly Kartik Aaryan has been roped in for an upcoming Bollywood movie directed by Kabir Khan who will also jointly produce it with Sajid Nadiadwala. Kabir Khan undoubtedly is a big name when it comes to Bollywood. The man has given super successful direction to extremely popular movies like Bajrangi Bhaijaan, Ek Tha Tiger, 83 and more.

Kartik Aaryan took it to his Instagram account where he not only updated his fans about this project but also expressed how special this project is for him. He also went on to describe Kabir Khan as one of his favorite filmmakers.

The film, for now, has not been named, but it is revealed this project will be based on true events. More details about the film are also kept under wraps, and the film is set to go on floors early next year.

Also Read: Emergency: Kangana Ranaut Brilliantly Transforms Into Indira Gandhi! Check Out TEASER & Netizens’ Reactions Here
The fans are eagerly waiting to know more about the film which has already marked its place on the list of most awaited movies. We have been big fans of both Kabir Khan and Kartik Aaryan, hence watching them come together is surely special and worth the wait. 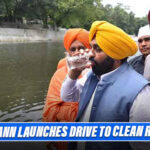 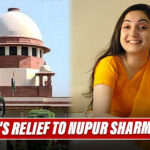