After India lost the T20 World Cup match against Pakistan on Sunday, some students hailed from Kashmir and others belonging to UP and Bihar were watching the match in their respective rooms. Heated exchanges took place between the students of Bhai Gurdas Institute of Engineering and Technology in Sangrur after the match in which India lost to Pakistan.

According to various news portals, the attack was carried out at two private educational institutes in Punjab where these Kashmiris reside and study. The police said that it was a clash between two groups of students who were watching the T-20 cricket match and the clash broke out after India lost. The hostel rooms of Kashmiri students were also vandalised during the attack.

Further, director of Bhai Gurdas Institute of Engineering and Technology, Tanuja Srivastava said that the two groups of students started raising slogans after the match and it led to a clash. However, the boys’ hostel warden reconciled them.

“There is no injury to any student and all students are safe. There are 50 students from Kashmir and 30 students from UP and Bihar in the college. Initially, the clash took place between three to four students whose rooms are adjacent to each other but later around 40 of them gathered there,” she said.

Not only this, another incident, about half a dozen students from Kashmir were allegedly beaten up at Rayat Bahra University near Kharar by students from Haryana after the match ended. 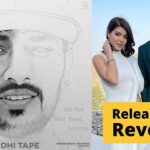 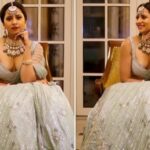