Yes, you have read that right! The duo has shot for Koffee With Karan but it was not with each other. Katrina Kaif will be seen gracing the Koffee With Karan’s couch with her Phone Bhoot co-stars Ishaan Khattar and Siddhant Chaturvedi.

And on the other hand, Vicky Kaushal will be seen in an episode of Koffee With Karan with Sidharth Malhotra. Yes, we know, the VicKat fans have been eagerly waiting to see them together in an interview or chat show. And we also had our fingers crossed as we were waiting for them to walk together on the floors of the popular chat show.

An exclusive report of Pinkvilla stated, ‘It is not Vicky but her Phone Bhoot co-stars Siddhant Chaturvedi and Ishaan Khatter who will accompany the actress on Koffee with Karan 7.  The three recently shot for their episode and had crazy fun.’

Moreover, talking about the popular Bollywood couple, Karan Johar too had agreed that he absolutely loves the Vicky-Katrina romance. And he is glad that their romance brewed on his show.

Vicky Kaushal and Katrina Kaif got married to each other in December 2021 in an intimate and grand Punjabi wedding. 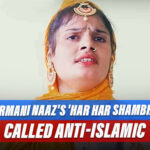 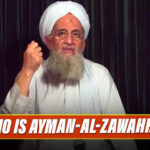