Rumored couple Vicky Kaushal and Katrina Kaif who are running all over the news are reported to tie the knot soon. The couple, who’ve been hush-hush about their wedding, will be getting married at a luxurious fort-resort in Rajasthan. It looks like they’ve opted for it because of its secluded location. The two actors are reportedly tying the knot in the first weekend of next month but now as per the reports of India Today, they will be having a court marriage before that.

Another report stated that Katrina and Vicky will have a ‘no-phone’ policy at their wedding. A source told, “it’s a big day for both of them, so it’s obvious that they are going to ensure that photos and videos aren’t leaked on social media. Both Vicky and Katrina are hands-on with the wedding preparation, and there is an elaborate team put in place to ensure privacy and security.”

Not only this, it is in news that the guest list includes the names of Karan Johar, Ali Abbas Zafar, Kabir Khan and Mini Mathur, Rohit Shetty, Sidharth Malhotra, Kiara Advani, recently wed couple; Varun Dhawan and Natasha Dalal.

Meanwhile, an official announcement of the royal wedding is yet to be made, Katrina and Vicky are taking full interest in the preparations. The couple reportedly got engaged on Diwali this year at Kabir Khan’s house and have got designer Sabyasachi on board to get their wedding outfits done. 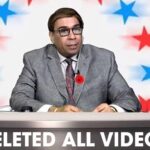 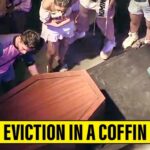