• Free and quality education to children

• Regularisation of temporary teachers and filling all the vacant posts

• Private schools won’t be allowed to increase the fees arbitrarily

These 5 guarantees of Arvind Kejriwal, announced by Mr. Sisodia, are completely focused on the education sector of Himachal Pradesh. Since the start of the election campaign, the Aam Aadmi Party has been focusing on the bad conditions of Himachal’s government schools, questioning the current BJP government from time to time.

On the occasion, Punjab CM Bhagwant Mann slammed the Congress, BJP and the Akali Dal for ruining the crucial time and resources of Punjab for years. “This 5-5 term fix-match between the Congress and the Akali-BJP alliance, used to take place in Punjab too. But, I won’t blame the people, they had no other choice,” said CM Mann.

The Aam Aadmi Party, after announcing these 5 guarantees in Himachal, has challenged the Congress and the BJP in the state, emerging as the third option for the first time. 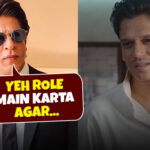 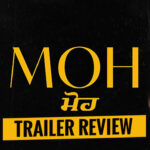