A 17 year old minor girl from Kerala was impregnated by her 21 year old lover. The girl has delivered a baby on her own at home with the help of YouTube videos.

According to police and news reports, her lover suggested watching videos from YouTube and learning how to cut the umbilical cord. The initial investigations showed that the girl did not attain any external help during the entire process.

Moreover, the mother and father of the girl are oblivious of her pregnancy. She says her mother is visually impaired and her father is a night watchman. So this school going girl managed to hide her pregnancy. Not only this, after delivering the baby, the girl stayed locked in her room for three days. When her mother heard the crying voice of the baby and found out later, both the mother and child were carried to the hospital where they are currently in healing.

Further, about the teenage pregnancy, the hospital had informed the Child Welfare Committee (CWC) who later shared and reported the matter to the police.

Now, the 21-year-old man, who impregnated her, has been charged under the provisions of Protection of Children from Sexual Offences (POCSO) Act and IPC Section 376 (Rape), they said.

The CWS was amazed by the girl’s mother, who was completely unaware of the situation. Further, the relationship of both girl and boy was known by the family well. 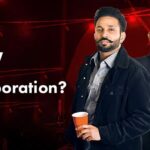 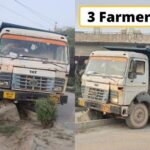