Superhit movie KGF Chapter 2 is being considered the best sequel ever made in the history of Indian Cinema. But as per recent reports, the film was leaked on YouTube.

The activity came to highlight when various people took screenshots of the leaked version of the KGF Chapter 2 film and shared it on social media. The fans tagged the film’s team and Youtube to look into the matter.

The KGF Chapter 2 Full Movie leaked version of the film was streaming on a YouTube channel named Chatak Tv, and fifteen thousand people were already watching. As per reports, the KGF: Chapter 2 was leaked on 2 May.

The film was earlier leaked on torrent sites like Movierulz and Tamilrockerz. But as soon as YouTube noticed the pirated movie on its platform, it took it down immediately.
Also Read: Do You Know The Fees Of Yash, Sanjay Dutt And Other Stars for KGF: Chapter 2?

The film, KGF: Chapter 2 stars Yash in the leading role, with Sanjay Dutt as the lead antagonist Adheera. The film also stars Raveena Tandon in a pivotal role. Directed by Prashanth Neel, the film has crossed the 1000 crore mark and is soon to overtake the record set by Aamir Khan’s Dangal.

KGF: Chapter 2 was released on 14 April and is still running successfully in both national and international theatres. The fans loved the performance of Yash and were overjoyed with the confirmed announcement of KGF: Chapter 3. 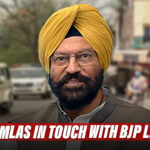 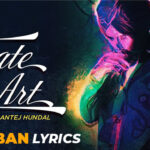