It’s finally a bright day for all the KGF fans as an update on its chapter 3 is doing rounds on social media and all around. If you are someone who is in mad love with Yash’s megahit movie KGF and its chapter two, then this news is going to make you smile like never before.

Recently the producer of the KGF franchise has confirmed the shooting schedule of the upcoming KGF: Chapter 3. Yes, the film is finally ready to go on floors. Vijay Kiragandur in an interview with Dainik Bhaskar revealed the shooting of KGF’s Chapter 3 will begin in October this year.

Not only this, he also said that the film will be released in 2024. The acclaimed producer stated, “Director Prashant Neel is currently busy with Salaar. Around 30-35% of the shooting is done. The next schedule is slated to begin next week. We hope to complete it by October-November this year. So, we plan to begin the shoot for KGF after October this year. We hope to release the film by 2024.”

But to surprise the admirers even more, Vijay also unveiled that the team is working to create a Marvel kind of universe. He wishes to introduce different characters to impress and attract the maximum audience.

Discussing the same, he said, “Going forward, we are going to create a Marvel kind of universe. We want to bring different characters from different movies Home Coming or Doctor Strange. So that we can reach a wider audience easily.”

The news of KGF: Chapter 2 is soon to go on floors has made the fans crazily excited. Nobody is unaware of the magic KGF: Chapter 2 is doing in cinemas. The film had crossed the 500-crore mark within the first four days of its release. And till now, it has collected a total of 1180 Crores worldwide. The film’s Chapter 2 featured Yash as Rocky Bhai in the lead role, Sanjay Dutt as the lead antagonist Adheera, Raveena Tandon in an extended cameo and more actors in pivotal roles. 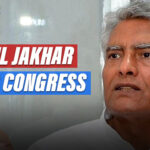