Punjabi Movie Khaao Piyo Aish Karo stars two of the most prominent and loved singers and actors of Punjabi Industry; Tarsem Jassar & Ranjit Bawa. The film is directed by Ksshitij Chaudhary, while Rakesh Dhawan has penned the story for it. The film has been released and here is the detailed Khaao Piyo Aish Karo Review for you.

The film also stars actors like Jasmin Bajwa, Prabh Grewal, Aditi Aarya, Hardeep Gill and more in pivotal and supporting roles. The fans were really excited to witness the chemistry of Tarsem Jassar and Ranjit Bawa in the film. If you are also keen to know what makes the film special and what it is like, this review will surely help you out.

The plot of Khaao Piyo Aish Karo is based on the story of two brothers who fight over small things and cannot even bear each other for a minute. But some tragic situation in their lives forces them to realize that they actually are best buddies. The relationship of these two brothers is the outline of the film which also includes three love stories, comics & some emotional moments in between.

The trailer of the film had already revealed the wedding of Tarsem Jassar will attract trouble as he gets a loan issued in the name of opening a dairy business but actually uses the money to build a new house. And all the problems and quarrels in the film tickle the funny bones of the audience.

Khaao Piyo Aish Karo Review cannot be complete without analyzing the acting and performance of the star cast in it. As already discussed, the film stars Tarsem Jassar and Ranjit Bawa in the leading role, while Jasmin Bajwa, Prabh Grewal, Hardeep Gill are the actors who play pivotal roles in it.

Jasmin Bajwa plays the love interest of Tarsem Jassar, while Prabh Grewal plays his sister on-screen. And Hardeep Gill is seen in the uniform of an honest police officer who is a man of principles.

Gurbaaz Singh is another supporting character in the film who had good screen space. Gurbaaz was the love interest of Prabh Grewal and had great importance in the film’s climax.

Beginning with the performances of the leads, without any second thoughts we can conclude that both Tarsem Jassar and Ranjit Bawa turned out to be the show stealers. The leading men put all their efforts in making their characters outshine and perfect on screen.

While Tarsem made sure to entertain us with his funny acts to impress his lady, Ranjit Bawa performed the role of an annoying brother really well.

Coming to the females in the film, we really liked the role and performance of Jasmin Bajwa. Though her character was not too much on the front, she managed to shine in the limited scenes she had. On the other hand, Jasmin Bajwa had limited screen space which made her role dominated by others. We literally found nowhere in the second half of the film.

And before we conclude our discussion about the actors in the film, we cannot ignore talking about Hardeep Gill and Ashok Pathak. How do we appreciate these gems? Ashok knows the tricks to win hearts every time he is on screen. And we are out of words to praise Hardeep Gill as well. His expressions, body language, eye-talking, and everything was on point.

Some of the songs in the film might be still good, but they were placed abruptly and we only had one question in our minds; ‘Why is this even happening?’

The film is directed by Ksshitij Chaudhary who has helmed movies like Mr & Mrs 420, Mr & Mrs 420 Returns, Golak Bugni Bank Te Batua and more. But we don’t know what went wrong with him while directing this film.

He had good actors on the project, but he could not bring the best out of them. The film was not only weakly directed but also kept turning boring at points.

Editing of Khaao Piyo Aish Karo was also not on point. Like we already said, the songs were placed abruptly, some scenes were exaggerated, at points, it felt boring and more. But all this could have vanished if the editor of the film had put more effort into his job.

Khaao Piyo Aish Karo is a film that is actually a comedy-drama, but we also liked the emotions in the film. There were a handful of scenes in the film which were super strong on the basis of their emotions.

The humour and good comic timing of the leads kept lifting the film again and again. Some dialogues were written to spread laughter in the theatre hall, but some were not so impressive too.

Also, a special mention is awarded to the scene where Tarsem Jassar’s monologue wins the show. He talks about the helplessness of farmers and more. Though the dialogue was off-tract in the scene, we cannot disagree with the fact that we actually enjoyed its intensity.

To conclude the Khaao Piyo Aish Karo review, we can say the film overall is surely a good one time watch. If you are planning to have a good watch experience to chill with your family or friends, you can watch the film and you’ll like the emotions and performance of Tarsem Jassar and Ranjit Bawa in it.

For the cinema fans who are looking forward to watching a family drama, with a balance of comedy and emotions in it, Tarsem Jassar and Ranjit Bawa’s Khaao Piyo Aish Karo is waiting for you in the theaters. With all the ups and downs, this film is a light-hearted entertainer for all.

Check out the trailer of Khaao Piyo Aish Karo here; 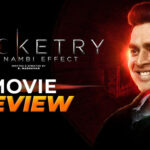 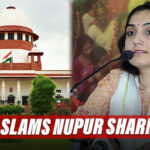