There are many artists in the Punjabi industry who have managed to create their remarkable place in a very short period. One of those artists is Khan Bhaini. The singer is set to blow the industry with his duet track along with Shipra Goyal.

The song has been titled ‘Churi’ and the official announcement has been made public by the artist through a post on his Instagram. The music video will feature Sonnalli Seygall as the female lead, who was seen in the movie Pyar Ka Punchnama.

‘Churi’ is a Street Gang Music presentation and Khan Bhaini’s next major track after ‘Shartan’ . Syco Style is featured as the music producer of the song, so we can already expect the music to be top-notch.

Meanwhile, Shipra Goyal and Khan Bhaini song ‘Lamborghini’ starring Rajdip Shoker as the female lead was a huge hit. Similar results can be expected from the re-union of the two artists.

B2gether Pros’s direction skills are non-questionable. When you see the name on the poster, you expect big things.

Now this announcement of the song has made fans excited. The song can be released anytime soon and we can’t wait to see this duo along with Sonnalli on the screen. 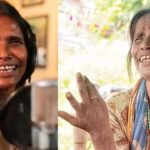 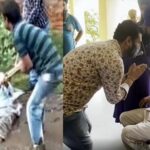