Known for his Instagram reels, Khatron Ke Khiladi 12 and dashing looks, Faisal Shaikh aka Mr Faisu is reportedly all set to appear in the 16th season of Bigg Boss. His fans are super excited hearing the news and the level of excitement and amazement rose when everyone got to know the amount he is reportedly going to charge for his participation.

If reports are to be believed, then Faisal Shaikh is charging Rs 17 Lakhs per week for BB16 or even more than this. However, there is no official confirmation about his participation and fees are out but reports are to be believed. Contestants like Munawar Faruqui, Shivin Narang, Jannat Zubair, Munmun Dutta and more are likely to participate in the 16th season of Bigg Boss and Faisu is one among them.

Faisal Shaikh recently participated in Rohit Shetty’s Khatron Ke Khiladi Season 12 and some reports suggest that he is even declared as the winner of the reality show. However, other reports say Rubina Dilaik has won the trophy; it will only be confirmed once it is officially announced.

Faisal enjoys an amazing following on Instagram and his followers are very eager to see him in Bigg Boss 16. BB16 will reportedly kick-start by October 2022, with Salman Khan as the host and the show will have an aqua theme this season.

Waiting for the official announcements regarding the participants and the show, and of course Faisu as we are all prepared for the 16th season of the most popular Indian reality TV show. 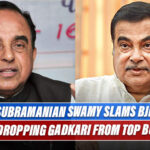 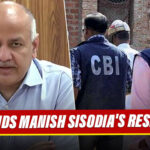