Every edition of Bigg Boss is preceded by countless speculations regarding the probable contestants of the season. This year too, many speculations are being made but a couple has finally been confirmed to be a part of the upcoming reality tv show.

The leading female voice in the Punjabi Music Industry, Afsana Khan and her fiancé Saajz has been confirmed as contestants at Colors TV reality TV show Bigg Boss Season 15. Hosted by Salman Khan, Bigg Boss is the country’s one of the most popular reality TV shows.

In an exclusive talk with Kiddaan, Afsana Khan herself confirmed that she is going to be a part of this year’s Bigg Boss as a contestant. Punjabi actresses Shehnaaz Kaur and Himanshi Khurana went to the Bigg Boss house in the 13th season and Shehnaaz even made it to the season finale. Afsana and Saajz will be this year’s Punjabi representation at the house.

Afsana Khan had previously been confirmed to be the first contestant at the Bigg Boss 15 by Kiddaan. Now, it has also been confirmed that Saajz is going to accompany Afsana at the show. In addition to Saajz and Afsana, other confirmed contestants are Divya Agarwal, Pratik Sehajpal and Nishant Bhat. There are many speculations being made regarding a confirmed list, but as such no official confirmation regarding any other celebrity can be given.

Divya Agarwal won the first ever season of Bigg Boss OTT and booked herself a spot in season 15. Pratik Sehajpal, another contestant at the OTT season, took away a briefcase and a ticket to season 15 in return for giving up the race for OTT trophy. Nishant Bhat is the other confirmed contestant, who made it to the OTT season finale. Bigg Boss has been different this year, with a preceding OTT season for the first time ever. It is going to be a treat to watch Bigg Boss Season 15 this time. 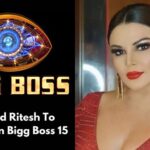 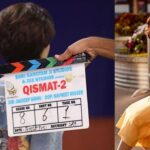