Jagdeep Sidhu’s contribution to the Punjabi Cinema has been immense. He is the man behind all-time greats like Qismat, Qismat 2, Sufna, Lekh and tons of other films that took Punjabi Cinema to where it is today. Jagdeep Sidhu recently had an exclusive talk with Kiddaan on the future of Punjabi Cinema, Bollywood, South Indian Film Industry and much more.

The South Indian film industry has taken over the country like a storm. Be it the legendary Baahubali franchise or the post-pandemic releases, RRR and KGF, it looks like South has become the new face of Indian Cinema.

Jagdeep Sidhu assessed the reason behind this fall of Bollywood and said that Bollywood has now lost its originality. Most of Bollywood is just plain inspiration from the South or Hollywood. He added that earlier, every actor had his own aura. Amitabh, Dharminder, Madhuri, Sridevi, Rishi Kapoor, Shashi Kapoor, every actor was different, but today, all the actors seem to offer the same thing.

He also presented his opinion on the ongoing comparisons between the Punjabi Industry and the South. He revealed that Lekh registered a Rs. 1 Crore opening even with RRR to face it at the box office. The number is undoubtedly an achievement for a regional industry that is slowly and gradually blooming. “We are growing. We’ve reached 55 Crores, slowly we’ll reach 75-80 Crores”, said Jagdeep.

Jagdeep said that the number of audience we have is way less than the South, there are less number of cinema lovers. We also asked Jagdeep about his views on if the South was a threat to Pollywood? To this, Jagdeep replied, “There’s no threat. Pollywood is way behind! Not because of the industry, but the audience. We still consider watching films a ‘bad thing’ here. South, on the other hand, has a celebrated Cinema Culture. Newly wed couple plans which movie to watch after their marriage. If the husband doesn’t show his wife a film at the theatre after their marriage, it’s considered bad”.

Jagdeep also added that though Bollywood is struggling, it’s not yet finished. It will just need one good film, like ‘Dil Chahta Hai’ which will bring in a revolution and put the industry on track once again. 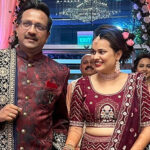 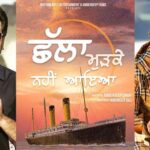